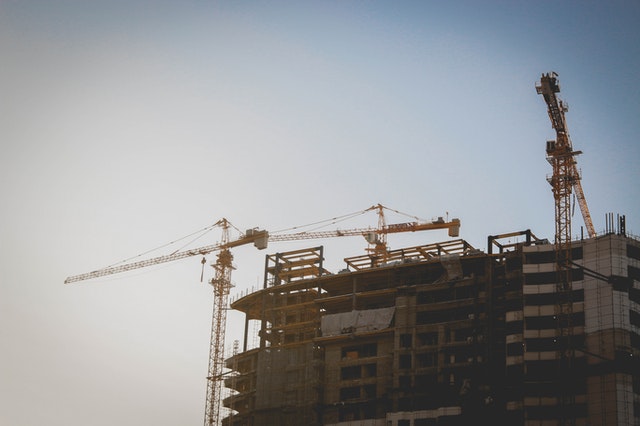 Scaffolding has always been a part of the modern world, extending all the way back to ancient civilizations where the use of platforming and job site security was a consideration for both safety and convenience. Of course, the modern instances and uses of scaffolding have gone far beyond their origins, becoming a staple and diversified business practice for construction companies and material providers alike.

With so many innovations occurring in the realm of construction technology and capability, it’s strange to think of what potentially happens to the old and used materials once the job is done. So many quandaries have perplexed a variety of industries over the years regarding what to do with the old to make room for the new, from mobile phones to old cars – even with construction materials like scaffolding.

As the times change evermore towards a more sustainable thought process surrounding our waste management and the growing piles of mounting garbage that lay scattered across the landfills of the world, the good creative minds have begun utilising these once forgotten and disposable items – making way for a whole new market for the used and loved scaffolding of yesteryear.

One of the coolest ways that artists have reclaimed junk scaffolding is through the power of artistic expression. There is perhaps no greater debate in the realm of city-dwellers than that of street art. It is certainly a polarizing conversation that has its fair share of good and bad from both sides of the aisle without a doubt. However, the cities that have embraced the culture instead of trying to prohibit them to death will attest to the rise in population, value of property, even tourism to see these wonderful works of art.

One only needs to look at Berlin and Melbourne to grasp the amazing concept fully, there are a number of collectives that are using scaffolding that is relegated to being useless as marvelously ‘urban jungle’ style canvases across the cities which has opened the door to tremendous possibilities.

Sometimes, scaffolding is broken down and reclaimed as sturdy and usable boards that can be bought up and used around the home. Many people opt to go for creating shelving in the home with a few nails and a solid reused piece of scaffolding.

Creating furniture is another wonderful use for the materials that would otherwise be disposed of, as scaffolding itself is meant to be sturdy and reliably strong. Tables and chairs have a very strong need for reliability with some examples of some very creative minds crafting office tables and chairs from unused scaffolding products and materials.

Modern art is certainly something else, while it may not be everyone’s cup of tea, there is something to be said of the sculptors using their minds to create and craft beautiful works of art with the remains and materials that have been unceremoniously tossed aside. There have been commissions around the world in certain green-thinking locations that have given awards to those who have used the materials being thrown away or relegated to the landfill to create some incredible works of art that certainly have our attention.

It doesn’t have to be purely for the art however, some of the more creative minds have also used the materials to create gardening sections and other outdoorsy apparatuses that typically require a little more weather-resistance that scaffolding can provide.

There is no shortage of possibility when it comes to what can be done with the lost and forgotten materials of days gone by.

The Benefit of Using Creative Writing Courses in Australia

4 Top Reasons To Choose Cavoodle Puppies For Sale in Australia

Having a pet is the ultimate gift for any couple, family, or…

How After Hours GP Can Help You

If you’re in need of urgent after-hours medical care, after hours GP…